Gerald was born in Port au Prince, Haiti and moved to the

USA in   He has a beautiful daughter, serves as an elder in

and marketing specialist.  He has taught numerous computer

Mission work is not new to Gerald.  He has traveled to Louisiana after Hurricane Katrina to help with rebuilding, he has done local missions in his community and volunteers as a soccer coach for both boys and girls ages 6-12.  He also designs websites for people and writes a daily devotional on Facebook.  "Like" his page on Facebook to receive a bit of inspiration each day.

He is fluent in Creole and French and is invaluable to the board when it comes to questions about Haitian culture, trip planning, etc...  Gerald's favorite Bible verse is Philippians 4:13, "I can do all things through Christ who gives me strength".

"What a blessing it is to be not only saved by the blood of Jesus, but restored to a place of

Many would say they love the work of the Lord and, for Emily, it has ben life-giving for her

to understand God planned  (and placed plans in) her life before she was even created).

Mission work isn't a new path Emily decided to walk.  At two weeks of age she was taken by her

parents to Europe to minister to missionaries.  The blessings of a Godly heritage are seen in her

​Emily has owned two businesses where she shared the gospel daily with those God placed in her path.  She has a beautiful daughter, Haylee, who attends university in Pennsylvania.  She prays daily that her daughter will gain a love and passion for Jesus that will ignite a fire within her ad influence many for the Kingdom of Heaven.

Emily currently is a full time missionary to the city of Reading, PA.  She ministers as an evangelist with One Luv Outreach helping to organize and plan large community events and minister the Word through weekly Bible studies at a Women's Shelter.  She also helps One Luv orchestrate a weekly Sunday chapel service at Hope Rescue Mission.

Whether it is through monthly food bank runs, donations of diapers, feminine products, clothing, toiletries or toys & candy Emily makes use of each divine appointment to share the love of Jesus with those she meets.  So much of what she is doing in Reading mirrors the discipleship of Hearts United.  ​

​Ally has come to Haiti MANY times with Hearts United.  She started her

service as a team member in 2013, then served as summer staff for two

years and support staff for quite a few teams at other times of the year.

She is passionate about vulnerable children and those with disabilities.

Ally currently resides in Omaha, Nebraska where she is employed as

Jen joined the board of Hearts United with Haiti in January of 2020. She began her

connection with HUWH in 2013, when she & her husband brought a group of students to

devastating earthquake that struck Haiti in January of that year. Tony and his wife

Debbie have made many more trips to Haiti since then. They have participated in

as well as food and clothing distributions. Every trip has always included sharing

the love and gospel of Christ with everyone they meet.

years."  Tony and Debbie sponsor several of the children that attend the classes at the

The Ivey's are members of Ingelside Baptist Church in Landrum, South Carolina.

They have four children and nine grandchildren.
​

*Note:  Cara Allen (secretary for the organization) is Treasurer though not an official member of the Board. 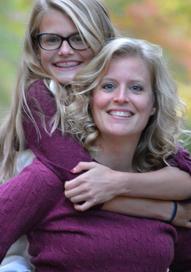 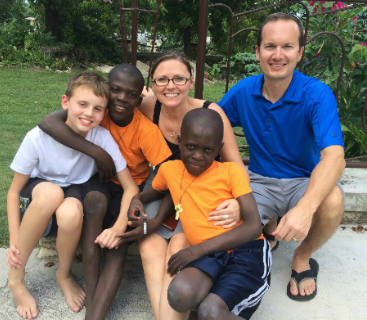 Jen Lempke traveled to Haiti for the first time in March 2010, less than 2 months after the awful earthquake that displaced so many Haitian people. She thought she was spending her time during this trip "helping" people, but she quickly realized that God was using this trip to change her perspective and her life.
Jen returned to Haiti in July of 2010 on a mission trip that focused on caring for orphans. The plan was to visit an orphanage each day to spend time with the children that lived there, giving them much needed attention and love. The first day Jen entered the door of the orphanage her eyes connected with a quiet, young boy. God did something to her heart that day and Jen knew that even though this young boy was considered not adoptable, he was meant to be in her family.
It has been twelve years since that day in Haiti and Jen, her husband and their four biological children have traveled to Haiti several times since then to visit that sweet young boy AND his older brother. They are proud to announce that those two young men are officially part of the Lempke family and came HOME to Nebraska in early June 2022!  God is so good. 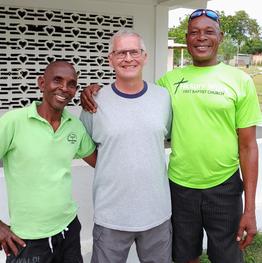 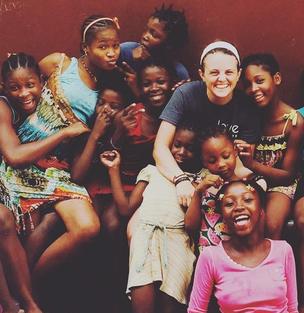 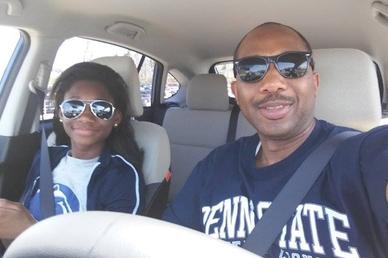